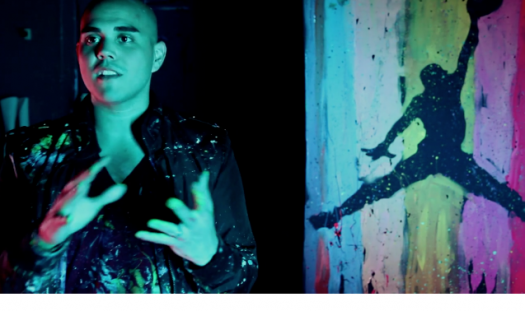 I was commissioned to create this painting that will go up for auction during the NBA ALL Star weekend, but this was too much fun not to share with you.  I chose to do the Jumpman logo instead of an actual portrait of Jordan because it represents the access we have to his and our own greatness.  Also a while ago I mentioned trying to find some Jordan Spizikes to paint in, well here they are.  =)

I hope you enjoy the video!

Special thanks to Kahl Payne (Kalikwest Films) and his team for coming in last minute to shoot this!  We did it the night of the Super Bowl in my studio!  I remember being in my studio while everyone was watching the big game and thinking, it’s their Super Bowl but I’m still in season.